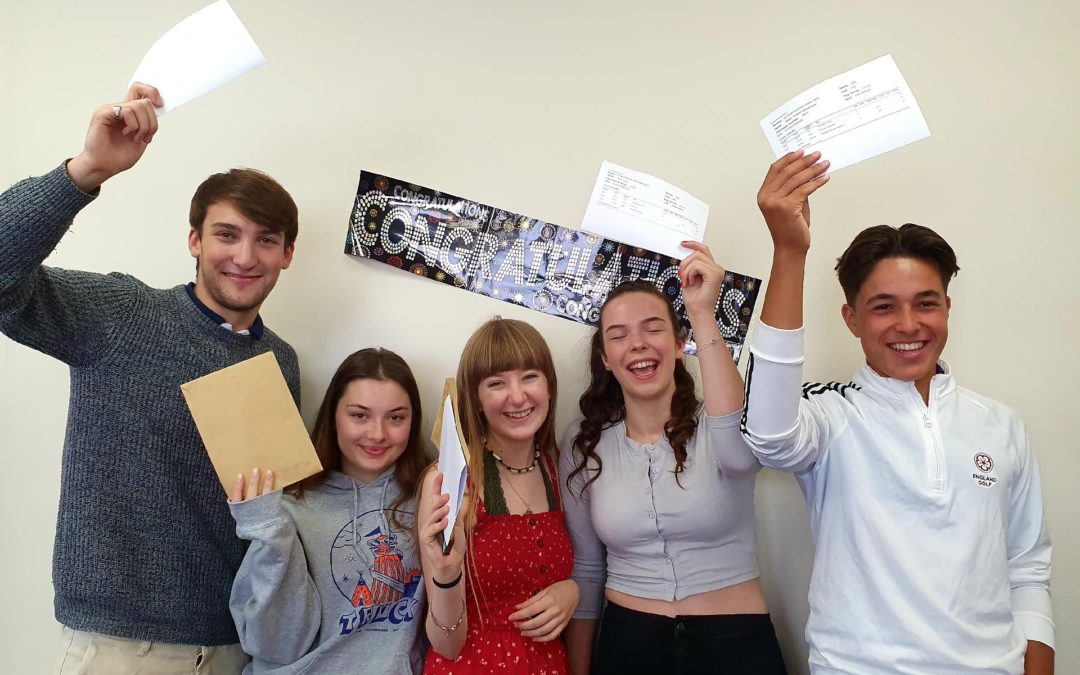 Theale Green School’s Year 13 students are celebrating this morning after their hard work gained examination results that will open the doors to a range of exciting university degrees, apprenticeships and employment opportunities. For the third year in a row, students have achieved Oxbridge success. Half of all grades were achieved at A*-B and all students who took the L3 BTEC qualifications achieve the top grade of Distinction *. The results have secured students places on sought after courses at universities including Cambridge and Russell Group universities as well as places on prestigious apprenticeships with companies such as the National Grid.
Headteacher of Theale Green School, Joanna Halliday, said: “I’m delighted to congratulate our students on their achievements, which are well-deserved after their hard work and wish them every success in their future careers.
“Year 13 have been so motivated in this, their final year, and their commitment to Theale Green School has been an absolute joy to see. We are all immensely proud of the very impressive young people who have completed their education here, and wish each and every one of them success in the future”
Eleanor Connell has achieved her ambition of reading Natural Science at Cambridge University. Dr Richards (Head of Sixth Form) was over the moon to report that Eleanor had achieved three A* as well as A* in her Extended Project Qualification.
George Carter and Josh Castle – both Head Boys in Year 13 – have achieved places to follow their passions at Edinburgh (Mathematics) and Royal Holloway (History and Politics) respectively.
Melan Dhaubhadel has achieved a full golfing scholarship at Fairleigh Dickinson University, New York having passed all three A levels including an A grade in PE.
Masud Mohammed has achieved a place at Kings College London to read Computer Science having achieved three*A’s.
Grace Macleod will be studying Spanish at Birmingham after passing four A Levels in total as well her Extended Project Qualification.
Megan Winstanley has secured her future to study Musical Theatre after contributing so significantly to Performing Arts at Theale Green School, whilst balancing this with her responsibilities as Head Girl, alongside Alina Miah who has gained a place at Southampton to study Medicine.
Alex Dormer has secured a place at Durham university to study Geography and Lewis Allinson has secured a degree level Apprenticeship with the National Grid after passing A Levels in Geography (A), Physics (B) and Mathematics (A).
Sophie Nash will be studying Photography at Plymouth University after achieving A Levels in Photography (A*), Dance (A) and French (B).
Joanne Harper, CEO of Activate Learning Education Trust, said: “It is so encouraging to know that our Year 13 students at Theale Green School made such strong progress in the Sixth Form, and achieved not only such excellent results, but can now move on to such exciting destinations. I would like to thank all staff for their dedication to supporting the students through their courses and wish all students the best of luck for the future.”