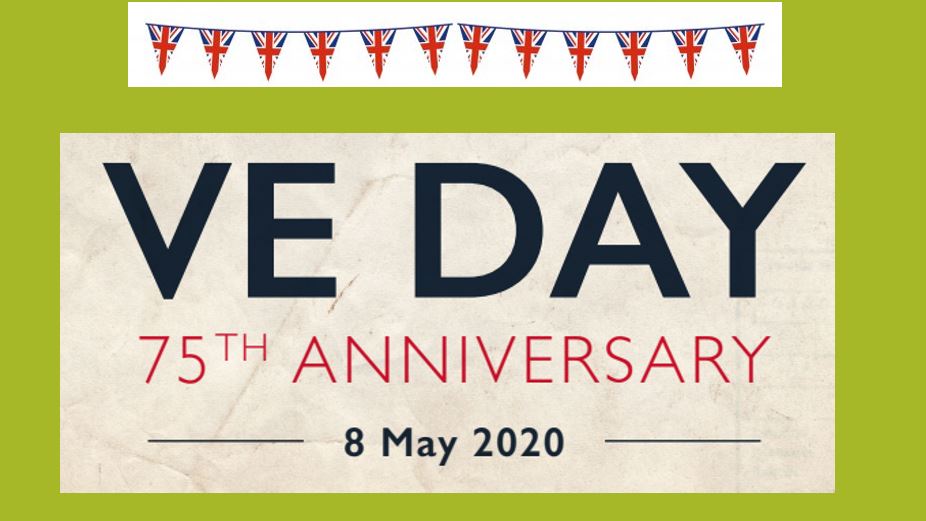 All this week, our students have been tasked with a variety of VE Day challenges to earn House Points in the lead up to VE Day celebrations on Friday 8 May.

Two of our students have kindly allowed us to share their fantastic work.

Mr. Xian stood at the front of the class, watching the young students flow in. He checked his computer quickly to make sure the Monday lesson plan was in order as the children took their seats. He could sense them staring at him so he lifted his head, smiling.

“Good morning, year 6!” he grinned cheerily. “Now, as you all know, the celebrations fayre is next week, so we have to get as much preparation done as we can before the celebrations,”

“Oh, come on, sir, we’ve been learning about World War Two for ages now! What else is there to learn?” a blonde-haired boy moaned. The rest of the class mumbled quietly in agreement. The old teacher looked pointedly at the boy.

“Ok, Lauchy, please tell me… when did the Second World War start?” he addressed him.

The boy’s face scrunched up as he tried to remember the dates that they had been over so many times. Mr. Xian clicked his fingers.

“Well, come on. We haven’t got all day!” Finally, the boy blurted out his answer.

“No. That was the battle of Hastings…” the teacher sighed.

A brown-haired girl with striking green eyes put her hand up. He nodded at her.

“Well done, Allie!” he praised her.

“Nerd alert! Nerd alert!” Lauchy teased. The girl rolled her eyes and the rest of the class let out a small snigger. The teacher took control of the group of kids again.

“And the jokiness comes to an end now. Well for our part, I thought we could base it on the VE day celebrations. Can somebody please tell me what VE stands for?”

A boy called Aaron shot his hand up, and without waiting to be permitted to speak, yelled,

The little redhead sat next to him lightly smacked his arm.

“It stands for Victory in Europe Day, you doughnut!” Lauchy, once again, screeched ‘nerd alert!’

“That’s enough, Lauchy. Jake, you did a fantastic project on VE day. Care to share?” the teacher turned to the freckled boy sat at the back. He went red slightly.

“Um… sure. VE day, or victory in Europe day, was the end of World War Two in Europe. People from all over the country ran out on the streets to celebrate. Of course, the war was still raging in other parts of the world…” he said nervously.

“Well done, Jake! Now let’s plan for our part in the fayre, shall we? Brainstorm time!”

“What a wonderful idea! I have some ingredients I can bring in tomorrow, and I’m sure Mr. Gordon won’t mind us using the kitchen.”

“We could make VE day bunting!” a boy called Zach piped up shyly. His best friend Rocco shot his hand up.

“And we can perform a dance to a VE day song!”

“We can make posters!” Damian shouted.

“Wow, children! These are all brilliant ideas! We’re going to have a wonderful section!” the teacher grinned, although inwardly cringing at the inevitable mess bound to happen.

The next day came, and Mr. Xian had set up different baking stations to make treats. Once again, the kids filtered in, all staring at the strange new setup.

“Good morning, year 6!” he greeted them. They stood awkwardly at the back.

“Today I have set up different stations to bake different treats. Please sort yourself in groups of three,” the teacher told them. They shifted about and grouped themselves together in the way exactly how old Mr. Xian expected. The three girls were together, naturally.

“Coral, Allie, and Skylor, go to the scone station. Zach, Eddie, and Damian, go to the cookies. Aaron, Rocco, and Lauchy, to the cupcakes. Peter, Colin, and Jake, to the sweet potato chocolate spread,” he ordered.

“It was something that was made for VE day. Bearing in mind they had to ration food…” Allie explained.

“Yeah! I couldn’t live without cake!” he exclaimed.

“We know!” the class responded, all at the same time.

“Again! Sweet potato chocolate spread! Ew!” Peter screeched. The children started making the treats, and time flew by. There were a few kids with flour in their hair, though other than that there was no big mess. In all honesty, Mr. Xiang was impressed. When the treats were bought out, the redhead Skylor’s eyes widened.

“Yes. One of each. I will provide bread for the spread,”.

“Bread for the spread. Haha, it rhymes!” Colin yipped.

The next day was making VE day bunting. Mr. Xian put the tables back to normal and put a triangle of fabric in front of each seat. Then he put a pot of fabric markers at the front on a stool. The children came in and sat in their chairs. After he explained what they were doing, he put some ideas up on the interactive whiteboard. The kids coloured away at their bunting.

He smiled to see that each one reflected their personalities. Rocco’s, of course, was decorated with VE day treats. Skylor’s was bold and bright, like herself. Both Zach and Allie were talented artists, both of their buntings artistic and beautiful.

For Thursday they were doing dances. All the kids enjoyed this thoroughly, and Rocco, Eddie, and Damian really shone with their dance skills. On Friday, they planned out everything in detail. And their fayre the next week was a success!

V – Victory in Europe, when the guns fell silent and all the men, women and children came together to celebrate. Gathering together in the streets, something which in these unpredicted times will not been seen.

E – Ending of the fighting and the formal acceptance by the Allies of World War II of Nazi Germany’s unconditional surrender of its armed forces on Tuesday 8 May 1945.

D – Devastating war that took so many lives, leaving so many behind to rebuild.

A – All those so bravely fought, for all of us today.

Y – Years have past, these soldiers never forgotten; as if it wasn’t for those brave, many very young soldiers, we wouldn’t be living the way we are today.