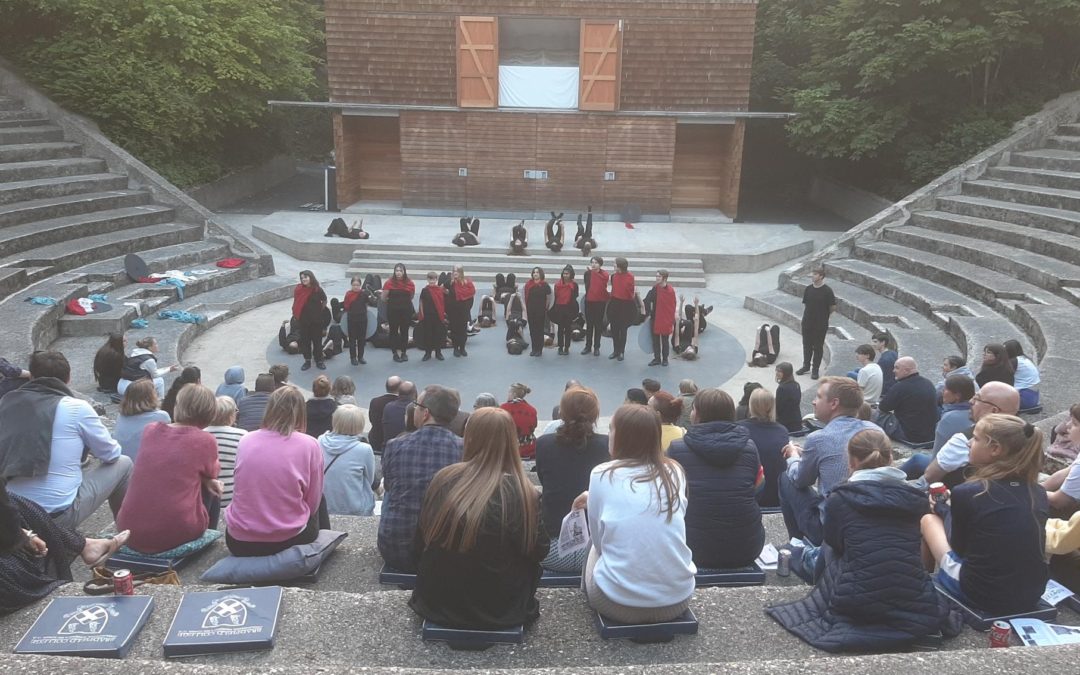 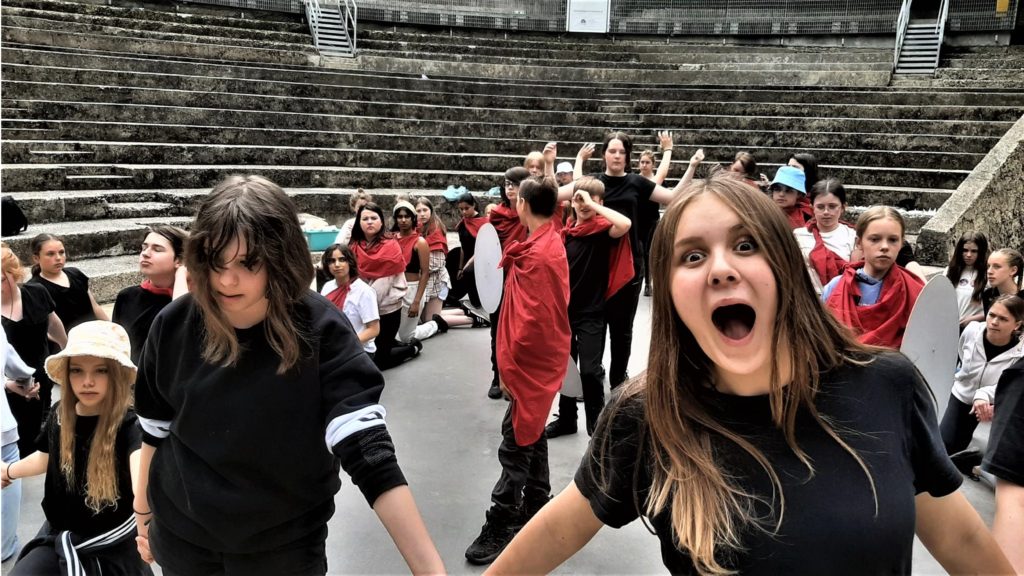 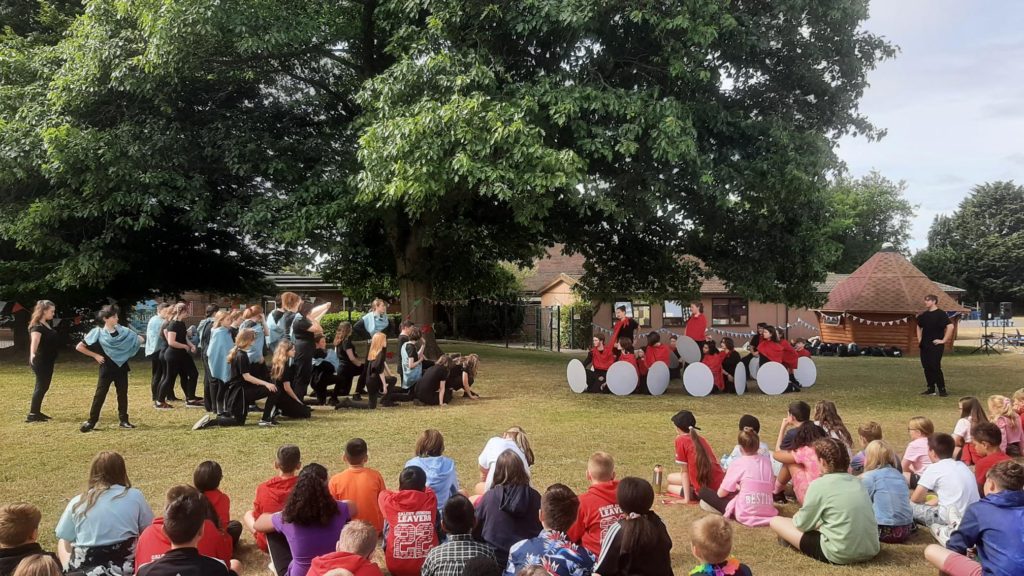 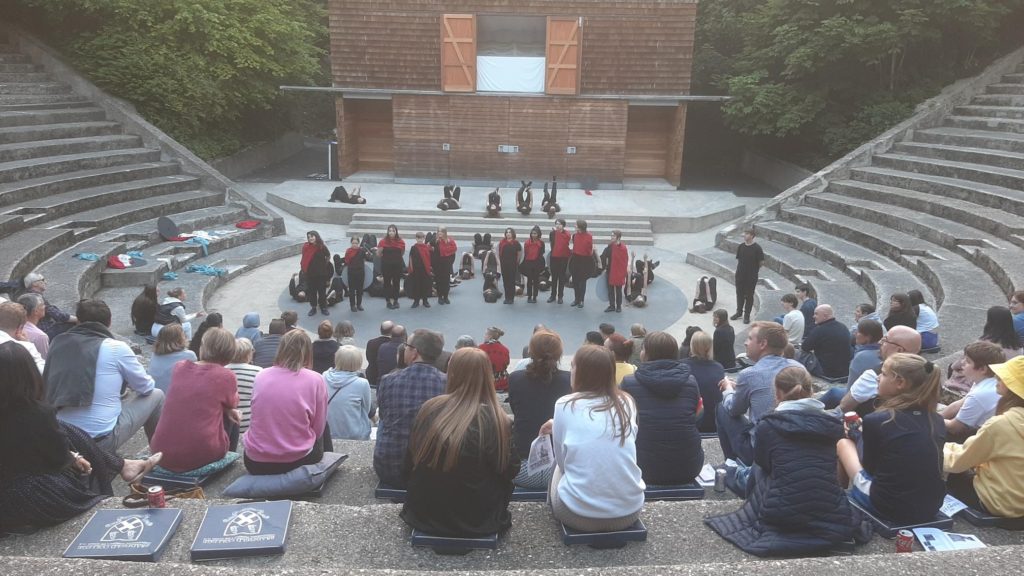 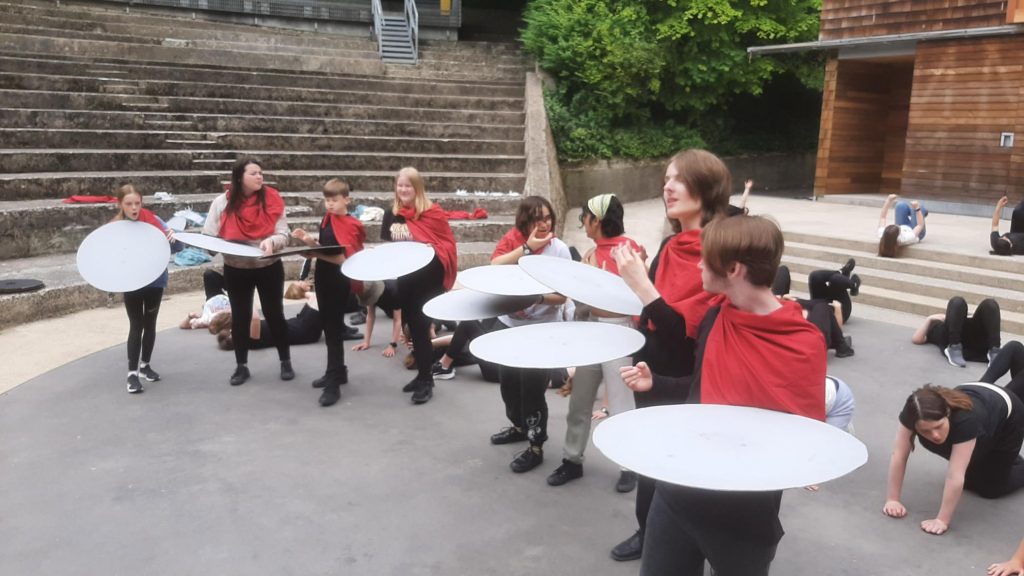 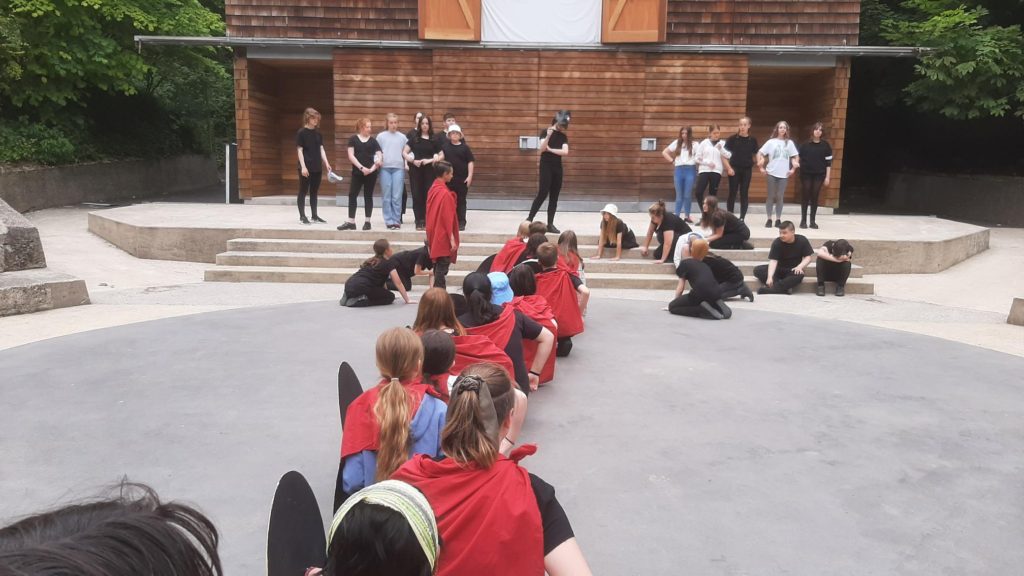 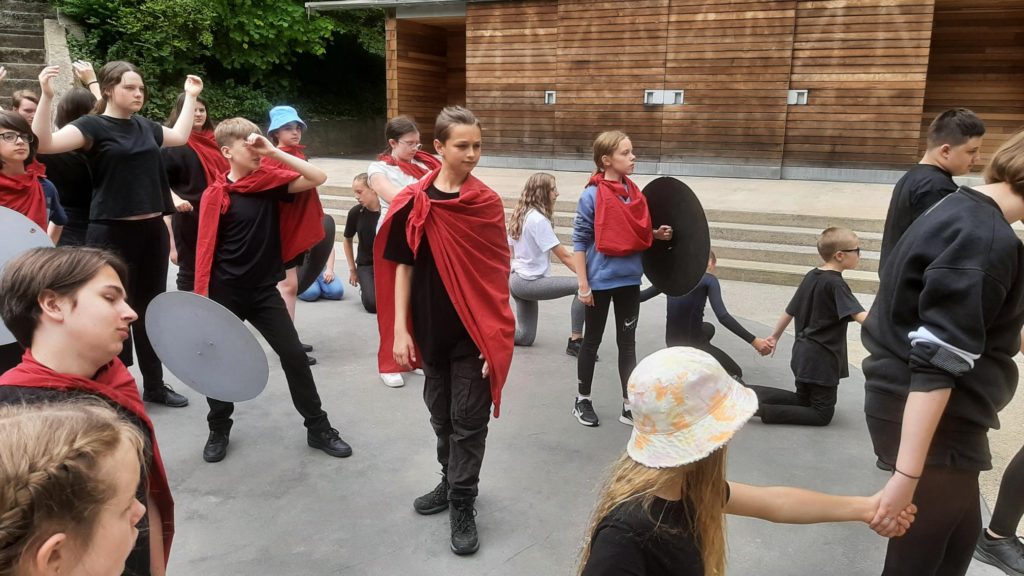 The sun shone and audiences gave a very warm response the show, which was performed at the glorious open-air Greek theatre, affectionately known as the Bradfield ‘Greeker’.

The cast performed the comedy with huge amounts of energy and passion. Audiences were impressed by the incredible teamwork and ensemble playing from the cast, seeing them form ships, Trojan horses, whirlpools and battles scenes using only their acting prowess.

The play was performed four times, twice to a public audience and twice to a school audience. Students from Bradfield Primary and Woolhampton joined in the fun on Tuesday 5 July at the Greeker. The next day TBS took the play to Calcot Junior, where it formed part of their exciting Jubilee celebrations.

Audience members complimented the cast on their energy, teamwork, recall and sense of fun.

We look forward to what they create next year!