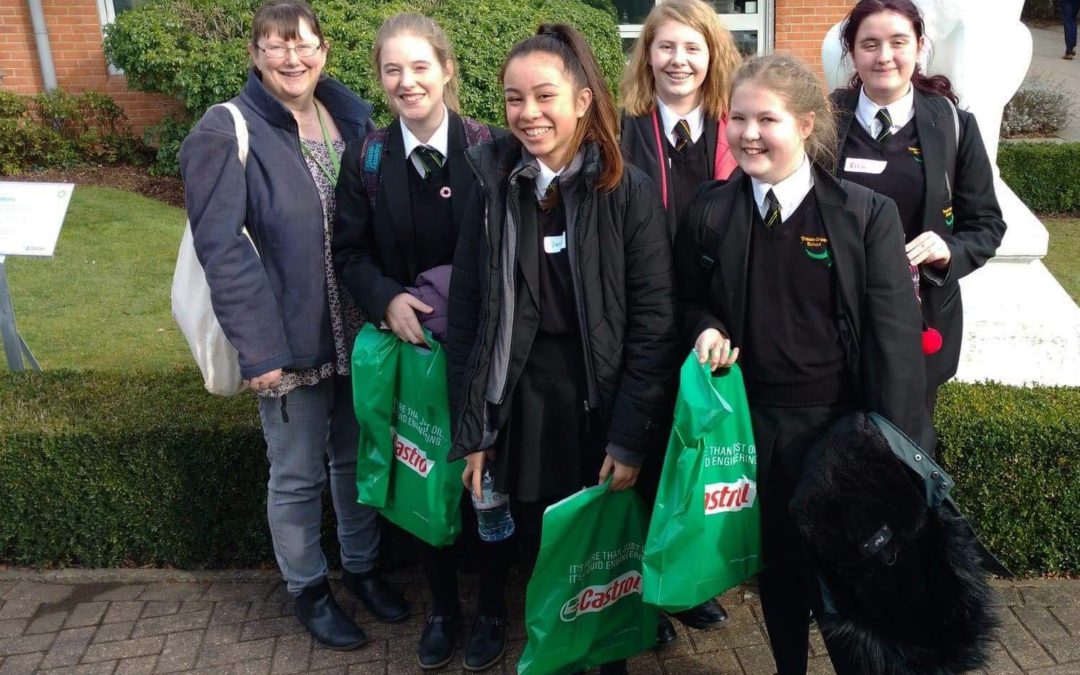 During the day, the girls split into groups with other schools and took part in ‘professional impressions’. This explored their views of different roles within BP, such as engineers, chemists, marketers, researchers and business analysts.

The girls then enjoyed a ‘speed networking’ session during which they met a number of BP’s female staff from different backgrounds who spoke enthusiastically and answered questions about their education choices, jobs and career pathways.

After a tour of the site, which included visits to the engine testing cells and analytical laboratories, the girls revisited their original ‘professional impressions’ and realised that many of their perceptions were stereotyped and inaccurate – for example, engineers aren’t petrol heads in oily dungarees and research chemists aren’t solitary nerdy types in white lab coats!

The day showcased the range of careers available to women (and men) in an organisation like BP, and the value of STEM subjects (Science, Technology, Engineering and Maths) in preparing them for these roles.

The girls were a credit to the school; in particular, Rhiannon Campbell, who volunteered to present her table’s findings from the professional impressions activity to the whole conference room, and Daisy Rogers – who asked a superb question relating to how GCSE and A-level course choices can affect career pathways.