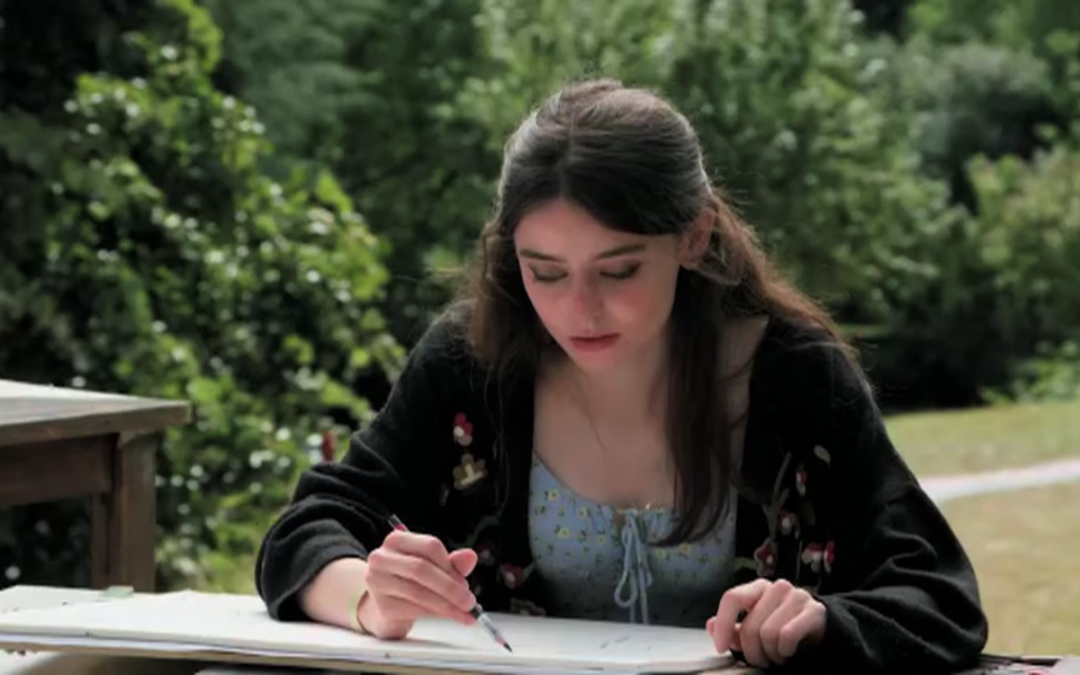 Former Theale Green School student, Julia Burley, has been chosen out of thousands of hopefuls to compete in this year’s Landscape Artist of the Year series on Sky Arts.

Now in its sixth series, the first episode, airing on Wednesday 13 January at 8pm, sees artists head to Chartwell House – once home to Winston Churchill – to compete to win a £10,000 commission for a major British institution, £500 of art materials, and to be crowned the nation’s best landscape painter.

Julia studied at Theale Green School and its sixth form and left in 2017 to study for a degree in illustration at Plymouth College of Art.

Julia said: “I applied for Landscape Artist of the Year during my final year at university, using a drawing in one of my rough sketchbooks. I had not expected to get very far, but I found out I had a place as a contestant a few months later!

“The show is a competition filmed in picturesque locations across the UK, with the contestants painting the same view for the chance to win an exciting commission.

“The experience was definitely one of the hardest artistic challenges I’ve faced. Although it was very interesting being able to receive help and advice from the other contestants, the time limit and pressure of being watched by a crowd was very stressful at times.

“It was an experience I won’t find anywhere else – I feel very glad to have had the chance and the challenge. I feel possibly even more nervous to watch it back than I was during filming!

I had a wonderful time in the art department at Theale Green School. I was always inspired and through the experimentation that was encouraged by my teachers Mr Wilson, Mrs Bratton and Mr Spurrett, I found my specialism that I then went on to study at university.

Mr Wilson, Theale Green School’s Head of Art and Technology, said: “Julia was a wonderful student to work with in art. She was both talented and creative, producing amazing paintings, illustrations and sculptures in her time here. We are very proud of her and really looking forward to watching her on Sky Arts. We would like to wish her every success.”