Lieutenant troops back to school to inspire next generation 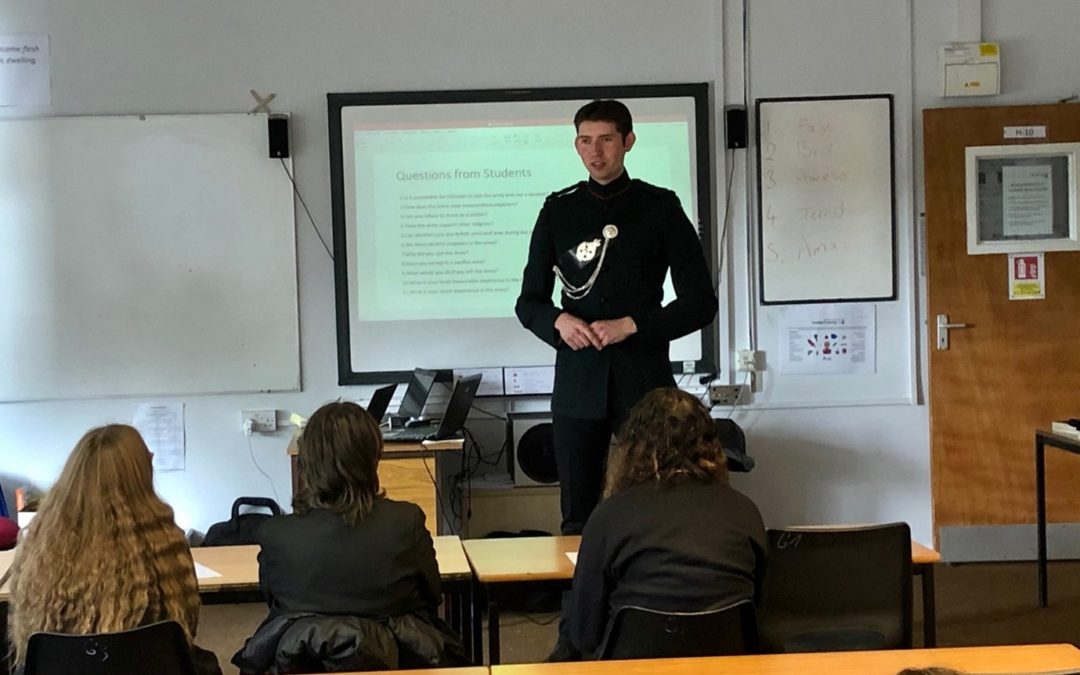 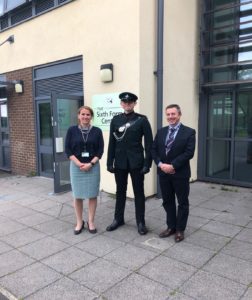 Former Theale Green School pupil 2nd Lieutenant Dominic Perry-Brewer came in to share his experiences with Year 9 and 10 students in an inspirational talk which challenged pupils to think deeply about war and the role the British Army has as a peace-keeping force.

We were delighted to welcome Dominic back to school on Friday May 28 – his visit had an extraordinary impact on our students.

Dominic left Theale Green School in 2016 having achieved his A Levels and, following a year as a teaching assistant, was accepted on to the Officers Training Course at the Royal Military Academy in Sandhurst. Following 11 months of basic training, Dominic is an officer in the British Army, commanding a unit in No 2 Rifles.

During his time at Theale, Dominic was a highly respected student who worked hard both academically and on the sports field. He was head boy and made an outstanding contribution to life in the school, as well as being a committed member of the Burghfield RAF Air Cadets. He expressed the importance of hard work and determination, and the fact that it was his passion for cadets that motivated him to achieve his goals in life through hard work.

Dominic spoke to the whole of Year 9 as part of their Ethics and Philosophy Unit in War and Peace, as well as speaking to Year 10 GCSE Religious Studies students about the Just War Theory and the Rules of Engagement, challenging pupils to think deeply about war and giving them an insight into the special role that the British Army has as a peace-keeping force around the world today.

Throughout the day, Dominic spent time with individual students, providing mentoring as well as leading small group discussions in the Humanities Department. He told of his experiences in the Army, both in the UK and abroad, in a talk that inspired students, encouraging them the focus on their own aspirations and what they want to achieve both at school and in the future.

Without doubt, Dominic’s visit had an extraordinary impact on our students and demonstrated the power of alumni enabling student aspiration. Students discovered how The Army offers diverse careers such as medicine, dentistry, law and engineering, and this encouraged them to consider their own career paths and to begin to envisage their own future.

It was a huge pleasure to have Dominic visit our school and we look forward to inviting him back next year as special guest of honour to our Awards evening.