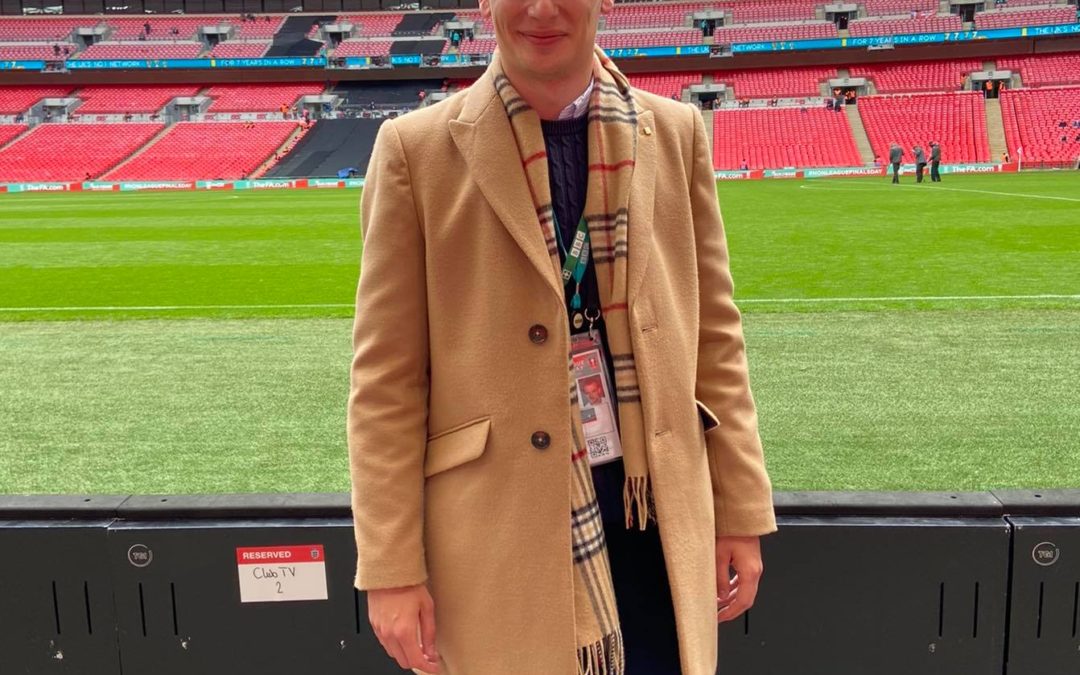 Former student Jack Winstanley explains how his voluntary work on Theale Green Radio and the support he received at school helped him pave the way to an exciting career in sports production.

What have you gone on to do since leaving TGS?

I work as an Assistant Producer in the IMG Audio Sport team, having previously worked as a sports journalist and reporter at the BBC.

My job involves producing both live and recorded programmes for a number of organisations including the BBC, UEFA, Wimbledon and The Open. From booking guests, to editing audio and studio co-ordinating presenters and commentators – I do a bit of everything! I also occasionally do on air reporting from both the studio and at sports events across the UK and Europe. The thing I enjoy most about my job is the variety – no two days are ever the same, which is really exciting!

What drew you to this area?

I’ve always enjoyed producing and presenting programming on the radio and TV, which began at Theale Green when I restarted Theale Green Radio with a couple of friends in Year 11! At university I then contributed a lot to the student radio station too, and slowly began to realise that I wanted to turn my passion into a career.

How did you get into journalism?

I got lots of work experience by emailing people within the industry and asking to meet them to find out more. This was not easy and you have to show persistence to find the right opportunity, but it’s really rewarding once you get it. Once I’d shown what I could do I was then offered freelance work, which eventually translated into a permanent position a few months down the line. People within the industry really want to see you applying yourself and gaining experience wherever possible – hence my involvement in the student radio station at university really helped me to stand out and showed I was serious about pursuing this as a career.

Where are you hoping it will lead you?

I’m hoping my career will eventually lead me to produce and present from some of the biggest events in the global sporting calendar such as the Olympics, the football World Cup, and the Formula 1 World Championship. Most importantly, as long as I keep loving what I do, I’ll be happy!

How did your time at TGS help you to progress in your career?

The thing that always struck me at Theale was how invested and knowledgeable the specialist teachers were, which really enhanced my understanding of the subjects I was learning.

I received an invaluable amount of help when putting together my application for the University of Cambridge, and am not sure I would have achieved my place there without the support. From guidance on putting together a personal statement, to advice ahead of the interview, it was tailored and enthusiastic support that made me feel valued as a student and gave me the space to perform well.

How do you think the school prepared you for work?

Theale helped me for the world of work by offering a vast array of opportunities both in class, and extra-curricular, which gave me a broad skillset to leave school with. For instance, studying drama and being part of school productions was invaluable in a whole host of ways from public speaking to creativity, problem solving to working in a team.

Moreover, helping with external events such as the Pensioners’ Party or the Olympic torch relay, allowed me the opportunity to hone my organisational and relation building skills.

The way to get the most out of your school experience is by throwing yourself into everything, and Theale encourages you, and support you, in doing just that.

What would you say to current students considering their career options?

I would say, find out more about all the potential avenues open to you, and go in with an open mind about the possibilities.