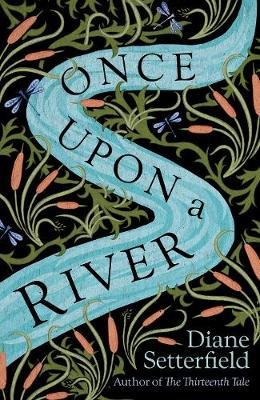 Having grown up attending Theale Green, Setterfield returned with words that she would have wanted to hear when she was the same age. ‘The very word ambition used to make my heart sink’ she mused, comparing this to her current accomplishments as an author. Talent, the students were told, is not enough – work needs to be put in as well. ‘Figure out what you truly want to do in life, and get really good at it…don’t wait for the world’, advised Setterfield, emphasising the importance of persistence. ‘There is more than one path to the future’ shot to No.1 on the New York Times best seller list. Although confessing that her life is not perfect and her voice of doubt still remains, she has made successes she never thought possible.The Thirteenth Tale,Just one week after publication that novel,  Setterfield told of her own path, which lead her from an ‘ordinary’ childhood, to a life changing career.

She admitted that even from a young age she yearned to write stories, yet being advised to ‘write what you know’ caused her to believe that she was too ordinary to ever write anything interesting. In fact, when she took the risk of sacrificing her job to spend more time on her writing, she ended up with a ‘no good novel’. However, although at times feeling as if her time had been wasted on impossible ambitions, Setterfield didn’t give up. Instead, she took the time to rewrite her entire book, subsequently sending off the first three chapters and then the whole text to an agent.

It’s safe to say that Diane Setterfield is a reminder of the potential that students can fulfil, no matter how ordinary they believe themselves to be. Her visit may even have had a hand in inspiring other Theale Green pupils to take a risk and pursue their ambitions. ​​​​​​​